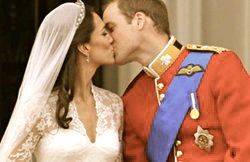 Who could not just love this wedding between Prince William and his long time sweetheart Kate Middleton. A wedding that was filled with lots of tradition, but that was also filled with love and joy.

The music used for their wedding ceremony was also a mix of traditional and more contemporary choices.

Have a look below for the official Royal wedding music of Kate and Prince William:

Serenade for String Orchestra in E minor by Edward Elgar

On hearing the first Cuckoo in Spring by Frederick Delius

Canzona from Organ Sonata in C minor by Percy Whitlock

Procession of the Clergy - Prelude on Rhosymedre by Ralph Vaughan Williams

Procession of the Bride - I Was Glad by Hubert Parry

Guide Me O Thou Great Redeemerk by John Hughes

The Anthem - This is the day which the Lord hath made

Signing Of The Registers & The Recessional:

The Signing of the Registers:
Blest Pair of Sirens - by Sir Charles Hubert Hastings Parry


Pomp and Circumstance March No. 5 by Edward Elgar

Have a look just how radiant Kate looked as she walked down the aisle to marry her prince: 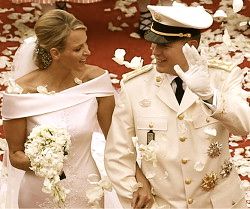 Just two months after the world watched Prince William marry his Kate we are treated with yet another Royal wedding - that of Prince Albert of Monaco to South Africa's Charlene Wittstock.

This wedding was very different from the British Royal wedding from the dress to the wedding music choices, but also filled with lovely music and much celebration.

Music throughout the religious ceremony was performed by the Monte-Carlo Philharmonic Orchestra, Monte-Carlo Opera Choir, Monaco Cathedral Choir and The Petits Chanteurs de Monaco. Music by classical composers and a classical composition by former Beatle Paul McCartney was also featured in the music lineup.

During Communion: Poco Adagio from Symphony No. 3 – Camille Saint-Saens

Symphony No 3 in C minor, Opus 78, by Camille Saint-Saens

Have a look at how beautiful Charlene was when she walked down the aisle at the religious wedding ceremony:

The Song That Brought The Princess To Tears:

Inside of this chapel, a mother and daughter duo (comprised of soprano Marie-Clothilde Wurz De Baets and her 11-year-old daughter Juliette) sang the song Couronnée d'étoiles - Nous te saluons in honor of the Virgin Mary. Tears streamed down the princess's face as the mother and daughter sang this beautiful song. 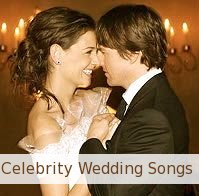 Have you ever wondered what songs the rich and famous used for their million dollar weddings? What wedding music played when Demi Moore walked down the isle to marry sexy Ashton Kutcher? Or what did Eva Longoria and Tony Parker use as their first dance song? Click Here to take inspiration from your favorite celebrities and find out what songs played a part in their special day. 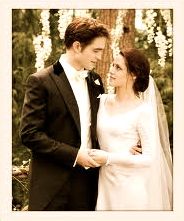 Do you love the Twilight books and movies? Infuse your wedding with some vampire romance by using a song from the movie. Find out Here what would be appropriate.