All the decorations for the aisle and the wedding canopy were nature inspired and the dress - wow. So true to what is described in the book - vintage with modern touches.

So what were the wedding songs in the Twilight movies? 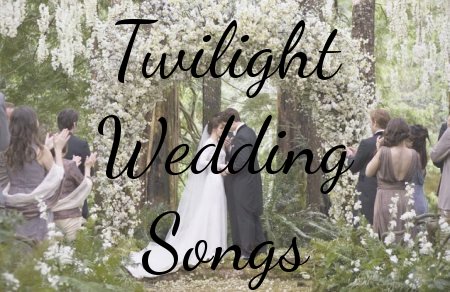 Bella Walks Down The Aisle To:

Breaking Dawn Processional (From The Book):

In the Breaking Dawn book the only official song mentioned was the processional or bride's entrance. Rosalie plays Pachelbel's Canon in D on the piano as Bella walks down the aisle to marry Edward.

This is a truly beautiful classical processional song. Take a listen:

Bella's Lullaby is a beautiful instrumental piano piece composed by Carter Burwell especially for the movie. In my opinion it is one of the most romantic instrumental wedding processional songs.

In the movie, it is the song that Edward composes and plays for Bella. Have a listen here:

This is such a beautiful song even if you don't like Twilight you have to admit it. And this is a stunning instrumental version of it that would make a perfect song to walk down the aisle to.

So what was Edward and Bella's first dance song?? I think it was a very fitting choice for them to use "their" song which was also the song they danced to at the prom.

I am of course talking about Flightless Bird, American Mouth by Iron and Wine. This song is also a waltz, so would be great if you could learn to waltz on it.

The first is the wedding version of the song, and the second is the original. The Vitamin String Quartet Version would also make a great wedding processional.

Turning Page by Asleep At Last

The song below is the lyric version of Turning Page by Asleep At Last. Bella walked down the aisle in the movie to the instrumental version of this song, but the lyrics are truly beautiful and it would make a very nice processional or first dance song.

A Thousand Years by Christina Perri

The song below is called A Thousand Years by Christina Perri and it also featured on the soundtrack of Breaking Dawn. Also with perfect lyrics for a wedding song.

Any other suggestions for Twilight Wedding Music or Twilight Inspired Wedding songs? Leave me a message below and I can include it here. 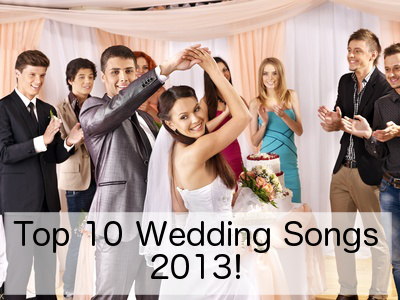